Ben Goodwin of Merlon Capital Partners explains why, due to ESG duress running ahead of a full global energy transition, Australia's oil & gas companies are undervalued

Unlike their USA counterparts, Australian upstream oil and gas majors have significantly decoupled from large positive changes in fundamentals over the course of 2021. These fundamentals have presented in three forms, namely the recovery in oil prices, an extreme rally in gas prices, and, for Australian oil and gas producers, large scale consolidation.

Figure 1: US vs Australian oil and gas vs oil (AUD/bbl)*

As economies responded to large scale stimulus and restarted industrial activities, the call on energy increased. This recovery in demand coincided with underperformance of renewable energy in Europe, China and South America, which saw these nations reaching for greater volumes of gas. The price spike disproportionately benefits Australian producers. 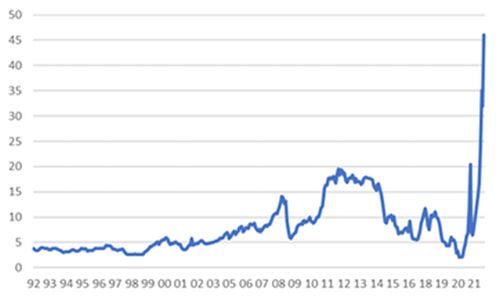 Not only do both Australian oil and gas majors – Woodside and Santos – have direct exposure to the rally in underlying commodities, they have both sought to extract further value through consolidation.

Woodside Petroleum ((WPL)) and BHP Group ((BHP)) agreed to merge their oil and gas portfolios, which will result in Woodside doubling in scale of conventional assets. Operations will extend from Australia to Senegal, Trinidad and Tobago, and the Gulf of Mexico. By accessing the cashflows from BHP’s petroleum portfolio, Woodside is likely to be able to fund its Scarborough project without needing to raise capital. Developments will also focus on hydrogen and ammonia projects. While we factor in risk in such developments, Woodside is better positioned to execute given its existing energy production capability and customer relationships. 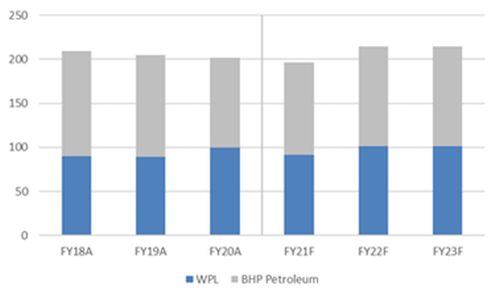 Santos ((STO)) and Oil Search agreed to merge portfolios, resulting in Santos more than doubling its high quality, conventional PNG oil and gas exposure. We had voted against the merger as we assessed it as having undervalued Oil Search, a view backed by the Independent Expert’s valuation. Despite this, we believe Santos is undervalued by the market, albeit less than Oil Search, as the consolidation of PNG exposures is likely to enable a smoother path to commercialising the undeveloped Papua LNG project. We also expect the company to reassess the less compelling Alaska project, previously pursued by Oil Search. 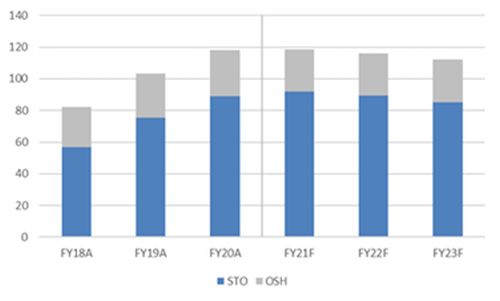 Separate to the activity in the upstream oil & gas space, consolidation also occurred in scale in the mid-downstream operators, as Ampol ((ALD)) acquired New Zealand’s largest downstream distributor Z Energy, resulting in Ampol increasing volumes by 25%. With this counter-cyclical, cashflow-accretive acquisition, and associated increase in the company’s regional market share, Ampol increases its buying power as well as supply chain infrastructure utilisation. Ampol’s ability to make this acquisition was enhanced by the government’s underwriting of refining margins, which has significantly reduced earnings volatility. 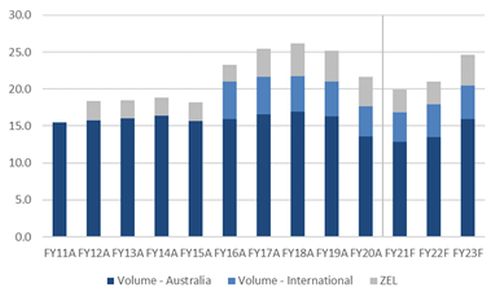 In the past year, the Australian market has been increasingly subject to concerns over the effects of decarbonisation on exposed companies. We are in agreement as to the need for such a transition. Yet we disagree that the timing of this transition will risk stranding valuable assets. Further, we believe owning and engaging with such companies will ultimately deliver a better outcome over the course of the transition than outright divestment.

Counter to the perceived risks of decarbonisation, we see demand for gas as being potentially higher as a result of coal plant retirements. As we have seen through 2021, the more coal-fired baseload power is retired and displaced by more variable renewable energy sources, the greater is the need for a reliable energy backstop such as gas. In addition, Australian producers have the advantages of very low operating costs and proximity to growing LNG demand from Asia.

In spite of the strong current demand for gas and its likely future demand growth, capital expenditure in new supply is at a very low level. This restrained capital spending is the result of lower capital availability to develop carbon intensive resources, broad political opposition to such developments, and diversion of capital – even within oil and gas producers – towards renewable energy projects, displacing investment in traditional supply. Should this trend persist, it is increasingly likely that we could see further shortages of gas over the transition phase. In the case of oil, we expect demand to recover to a normal level of ~100mbpd. Yet the USA, as the swing producer of oil and gas liquids globally, continues to underinvest in the volumes required under normal conditions. Like gas, should this low activity result in lower production, oil markets could also tighten further. 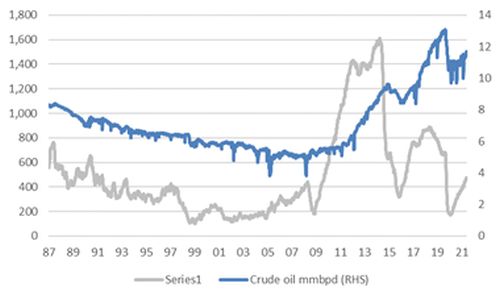 Whether in Australia or the USA, oil and gas companies all produce the same product, a commodity. From this perspective, there appears little reason for the large valuation dispersion (see chart below). In explaining this dispersion, we believe the large valuation discount that has emerged can be attributed to the decarbonisation-motivated rotation of capital out carbon intensive companies. However, as this transition of capital completes, and ahead of the actual transition of energy generation, we believe the valuation arbitrage will close, as investors will ultimately value the strong cashflows generated by these companies. 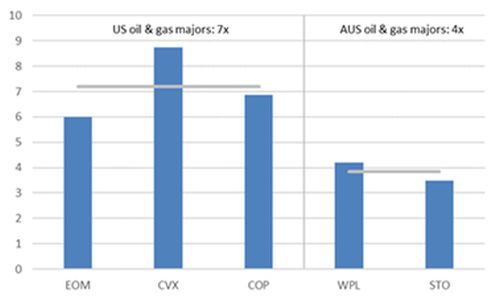 This material has been prepared byMerlon Capital Partners Pty Ltd ABN 94 140 833 683, AFSL 343 753 (Merlon), the investment manager of the Merlon Australian Share Income Fund and the Merlon Concentrated Australian Share Fund (Funds). It is general information only and is not intended to provide you with financial advice or take into account your objectives, financial situation or needs. To the extent permitted by law, no liability is accepted for any loss or damage as a result of any reliance on this information. Any projections are based on assumptions which we believe are reasonable but are subject to change and should not be relied upon. Past performance is not a reliable indicator of future performance. Neither any particular rate of return nor capital invested are guaranteed.