Aurizon Holdings has reaffirmed FY20 guidance but appears to be increasingly cautious about the outlook for the coal haulage segment.

Ties to the iron ore and bauxite market (bulks) remain the major driver of earnings for Aurizon Holdings ((AZJ)) while pressures continue to arise from coal haulage.

In the first half, a weak coal segment was offset by very strong bulk earnings, which benefited from the re-pricing of the Kararra iron ore haulage contract and the better performance from bauxite, where cancellations dropped significantly.

Coal weakness was partly from softer volumes but also, UBS points out, because the company increased its labour force ahead of an expected increase in tonnage that did not eventuate.

Management has reaffirmed FY20 earnings (EBIT) guidance of $880-930m but appears more cautious about the outlook for coal. Expectations for "moderate" revenue growth from coal is interpreted by UBS to be in the low single-digit growth area. 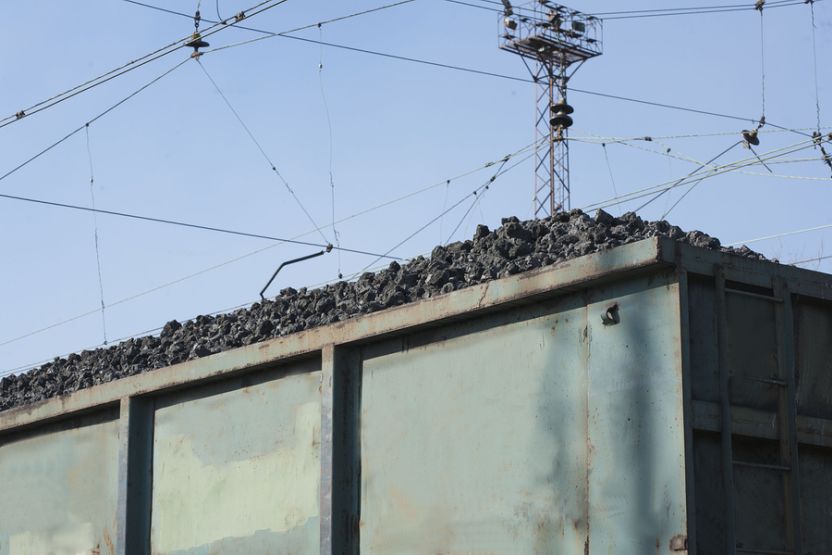 Morgans assumes coal haulage will be able to maintain margins via cost reductions, while the improvement in bulk earnings will help mitigate the pressure. The broker also notes coal revenue quality is declining, with capacity charge or take-or-pay as a proportion of above-rail revenue reducing to the low 60% from the high 60% region.

Credit Suisse found the commentary regarding coal haulage pricing downbeat, with flat outcomes likely as lower prices offset volume growth. While coal earnings can grow faster than revenue, Citi asserts this will be contingent on the delivery of cost reductions or improving productivity and efficiency.

Contract extensions were a positive in the first half, although Macquarie notes this has been at the expense of price increases. Without price improvements, the broker agrees initiatives on costs are essential. There are still contract renewals to come from the likes of Glencore and several for BHP Group ((BHP)), which could extend the price declines to 2025 on the older contracts which are dragging on the group.

Competitor Genesee & Wyoming Australia (GWA) appears to be moving in on the Queensland coal market. While in the short term Credit Suisse assesses this is a low risk, as most of Aurizon's contract expiries have been extended, in the longer term an additional competitor is likely to put further pressure on prices.

Morgans also queries the "end game" for Aurizon's litigation against GWA regarding pre-emptive rights. If this means Aurizon will acquire some of the assets it may mean the share buyback ceases.

Alternatively, the intentions may be to extract a cash pay-out from GWA and stall its entry into the Queensland market. Macquarie suspects GWA's entry adds further complexity to any judgement about its failure to offer first right of refusal. The broker also expects the ACCC would block Aurizon's ownership of GWA as it stands currently.

Despite a strong performance in the first half, Aurizon is cautious about the second half for bulk earnings. Restoration of the Mount Isa line and the contribution from Glencore and Incitec Pivot ((IPL)) will be offset by a reduced GrainCorp ((GNC)) contribution and re-pricing of Incitec Pivot business.

Macquarie suggests Kararra may also deliver more moderate outcomes, given the change in pricing structure. Now that the cost base for bulks is under control, management is looking for growth opportunities. Aurizon estimates there is an addressable 150mt and it currently has one third of that market.

A new contract has been announced with Mineral Resources ((MIN)) and Macquarie believes the cost to bring trains back in service should not be significant. A contract with Rio Tinto ((RIO)) has also been obtained for services related to ballast cleaning.

As a result Credit Suisse doubles forecasts for the earnings of the bulks segment in future years. Yet, with the bulk business facing competition from both rail peers and road transport, Morgans wonders just how much impact there will be on earnings, through either volume losses and price pressure.

The broker also questions just how further cost reductions can be extracted after ten years of transformation. Still, the company may be facing a low-growth outlook but the broker believes investors will be attracted to the dividend yield and the significant buyback initiative.

Macquarie points out growth via acquisition is difficult and management is not actively seeking M&A opportunities. There is a low probability of realising further investment opportunities, such as the Wiggins Island Coal Export Terminal, as these would be blocked by the regulator. Hence, the broker notes the default strategy to return cash to shareholders.

Distributions were a highlight of the results for UBS, as 100% of earnings were paid out as dividends. Sale of the rail grinding business has netted a $105m gain on sale, allowing for the additional $100m in buybacks to be announced.

That said, the shares have missed any exposure to the outperformance related to infrastructure and this points to environmental, sustainability and governance (ESG) risks around the exposure to thermal coal, UBS asserts.

Morgan Stanley agrees that incremental ESG concerns will be dampening longer-term sentiment, although the company has pointed to efforts in emissions reduction and noted rail emissions are typically lower than road transport emissions on a net tonne per kilometre basis.

FNArena's database has two Buy ratings, three Hold and one Sell (Macquarie). The consensus target is $5.65, suggesting 1.2% upside to the last share price. The dividend yield on FY20 and FY21 forecasts is 4.9% and 5.3% respectively.