AlUla, Saudi Arabia, Jan. 10, 2022 /PRNewswire/ – Archaeologists from the University of Western Australia (UWA) have determined that the people who lived in ancient north-west Arabia built long-distance ‘funerary avenues’ – major pathways flanked by thousands of burial monuments that linked oases and pastures – suggesting a high degree of social and economic connection between the region’s populations in the 3rd millennium BCE. 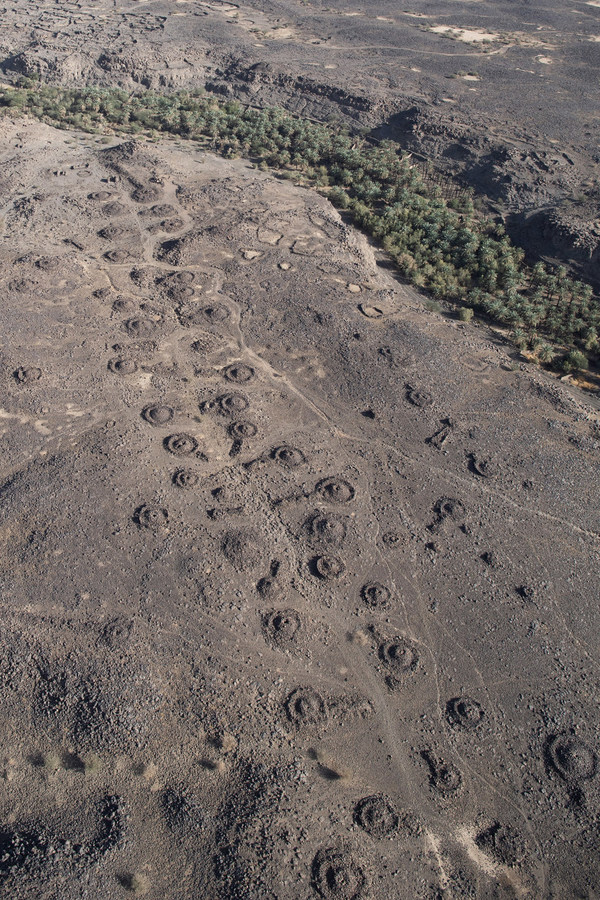 Publication of the findings in the journal The Holocene caps a year of tremendous progress by the UWA team, working under the Royal Commission for AlUla (RCU), in shedding light on the lives of the ancient inhabitants of Arabia.

The existence of the funerary avenues suggests that complex social horizons existed 4,500 years ago across a huge swathe of the Arabian Peninsula. The finding adds to the steady progress by archaeologists working under the auspices of RCU in understanding the hidden story of the ancient kingdoms and earlier societies of north Arabia.

The UWA team’s work is part of a wider effort that includes 13 archaeological and conservation project teams from around the world collaborating with Saudi experts in AlUla and neighbouring Khaybar counties in Saudi Arabia.

Amr AlMadani, CEO of RCU, said: "The more we learn about the ancient inhabitants of north-west Arabia, the more we are inspired by the way our mission reflects their mindset: they lived in harmony with nature, honoured their predecessors, and reached out to the wider world. The work done by our archaeological teams in 2021 demonstrates that Saudi Arabia is a home for top-flight science – and we look forward to hosting more research teams in 2022."

Dr. Rebecca Foote, Director of Archaeology and Cultural Heritage Research for RCU, said: "Projects that have been conducting fieldwork in AlUla and Khaybar for over three years, such as the UWA team, have started publishing their results, and it is terrific to see how analyses of the data are elucidating so many aspects of life from the Neolithic to the Bronze Age in north-west Arabia. These articles are just the beginning of the many publications that will advance our knowledge of prehistoric to modern times and have significant implications for the wider region."

The new article is the UWA team’s fourth publication in less than a year in a peer-reviewed scientific journal on research at AlUla and Khaybar:

The UWA team’s latest research, with Dr Matthew Dalton as lead author, used satellite imagery analysis, aerial photography, ground survey and excavation to locate and analyse funerary avenues over an area of at least 160,000 square km in north-west Arabia. They recorded more than 17,800 ‘pendant’ tombs in their primary study areas of AlUla and Khaybar counties, of which around 11,000 formed part of funerary avenues.

Whether on basalt plains or mountain passes, the densest concentrations of funerary structures on these avenues are located near permanent water sources. The direction of the avenues suggests that many were used to travel between major oases, including those of Khaybar, AlUla and Tayma. Other avenues fade into the landscapes surrounding oases, suggesting they were used to move herds of domestic animals into nearby pastures during periods of rain.

Dr. Hugh Thomas, project director, said: "The research by the UWA team and our colleagues working across AlUla and Khaybar shows how important the archaeology of this region is for our understanding of the Neolithic and Bronze Age across the Middle East. Our findings demonstrate that these structures linked various populated oases, situated across a vast area, and that the funerary avenues were established around 4,500 years ago. They are especially dense around Khaybar, which is one of the densest visible funerary landscapes anywhere in the world."

The RCU has embarked on a 15-year masterplan, The Journey Through Time, to regenerate AlUla and parts of Khaybar as a leading global destination for cultural and natural heritage.

The archaeological research in AlUla and Khaybar counties by teams from Saudi Arabia and abroad is deepening and nuancing The Journey Through Time narrative of the region and providing a foundation for the Kingdoms Institute, a world-class centre for archaeological and conservation research with a focus on AlUla’s 200,000 years of human history.

This flagship institution, now active as a research organisation, will open its doors to the public as a permanent physical presence at AlUla by 2030. Its most prominent buildings will be established at the red sandstone mountains opposite the archaeological site of Dadan, with design inspired by the Dadanite civilisation that prospered during the heyday of the incense trade in the 1st millennium BCE.

José Ignacio Gallego Revilla, RCU’s Archaeology, Heritage Research and Conservation Executive Director, said: "There is much more to come in 2022 and the years ahead as we reveal the depth and breadth of the area’s archaeological heritage, which for decades was underrepresented but which will finally have the showcase it deserves in the Kingdoms Institute."

About the Royal Commission for AlUla

The Royal Commission for AlUla (RCU) was established by royal decree in July 2017 to preserve and develop AlUla, a region of outstanding natural and cultural significance in north-west Saudi Arabia. RCU’s long-term plan outlines a responsible, sustainable, and sensitive approach to urban and economic development, that preserves the area’s natural and historic heritage, while establishing AlUla as a desirable location to live, work, and visit. This encompasses a broad range of initiatives across archaeology, tourism, culture, education, and the arts, reflecting a commitment to meeting the economic diversification, local community empowerment, and heritage preservation priorities of the Kingdom of Saudi Arabia’s Vision 2030 programme. 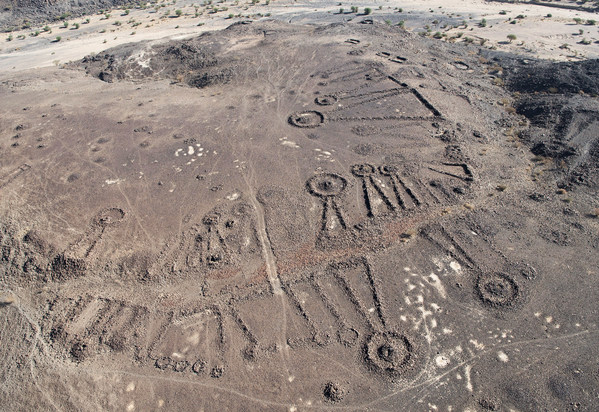 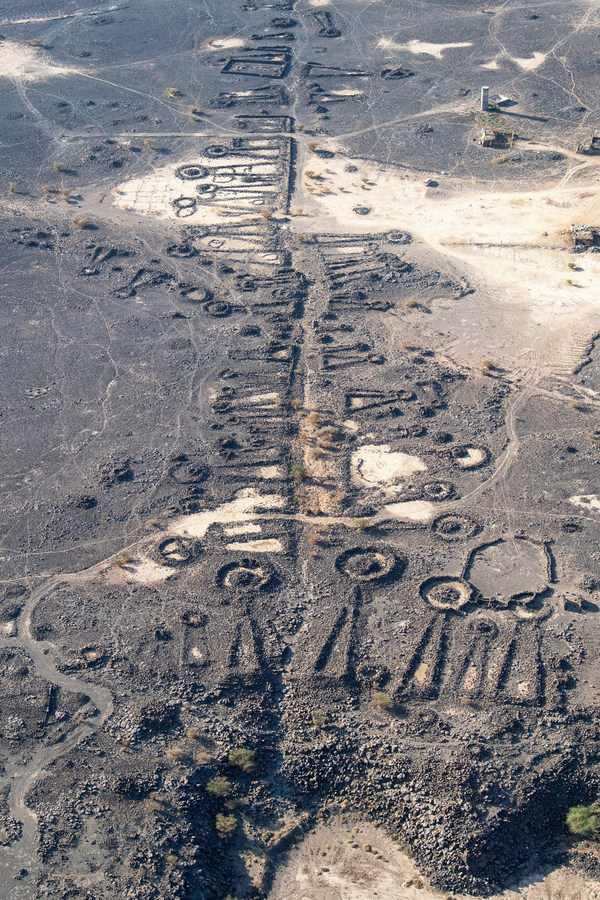 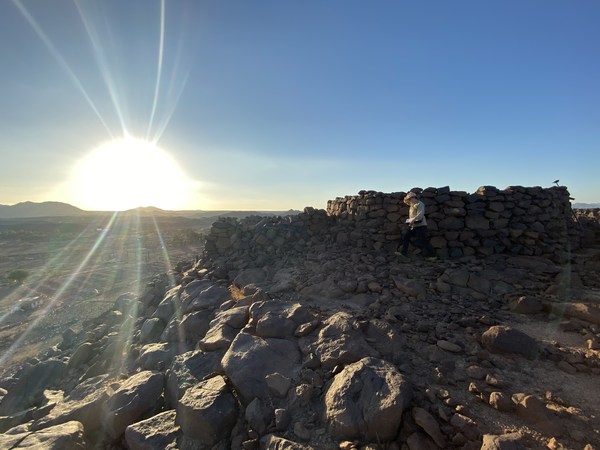 A 3rd millennium BC pendant burial on the southern edge of the Khaybar Oasis in north-west Saudi Arabia.