5 stocks on a fast-paced V-shaped recovery

Two weeks ago I delivered three lists of companies that analysts tipped had plenty of upside and a huge proportion of those have delivered since April 27 when they were put on show. Some have been bought because the upside was so huge; others because their industries have been challenged from the virus or the shutdowns. Some were bought because they were simply unfairly sold off when the uncertainties of the Coronavirus spooked the stock market and rattled money markets.

Government stimulus packages have helped stocks recover and central bank actions have given greater stability to bond and related markets that were thrown into fear when defaults from over-borrowed companies raised questions about usually very secure-looking operations.

This chart shows the extent of the market comeback for our S&P/ASX 200 Index.

The US on the other hand, looks a little crazy. The S&P 500 has rebounded 30%, despite a pretty ordinary track record against the Coronavirus, compared to us. The Yanks are only down 13% since the virus led to the steepest one-day fall since 2008 and the GFC.

And while I hope their optimism is unbelievably insightful, I have to worry that a second-wave outbreak in the US could again smash the stock market.

We all have to be aware of this possibility and the next two months as the US emerges out of lockdown. This will be a crucial test of this market optimism.

Clearly, if a second wave sell off happens, stocks such as Woolworths (WOW) and Coles (COL), which resisted heavy falls as we went long food and toilet paper, but which now have lost ground as optimism is forcing stock players to chase companies that will rebound if the worst is behind us.

Here are some companies that have had a nice rebound and have benefitted from either being in the tech space or have some qualities that make new age being in the health and wellness space and have gained interest in a Coronavirus-health-scared world.

A number of these I have mentioned in recent webinars so I’m glad that they have delivered.

Tyro Payments, EML Payments and ELMO Software are three such companies. And when you look at their respective charts, there is a distinct similarity. At first, the Coronavirus stock market sell off hit them aggressively but once the combined effects of the Government stimulus package met the RBA’s support for banks and the money market and then we saw Australia’s success in beating the virus, there has been a significant share price rebound for those companies that are not directly smashed by the virus and lockdowns, such as airlines, travel companies and so on.

Interestingly, both Flight Centre and Webjet had a good week last week, which was earlier than I expected, given I saw them as ‘buy and forget’ investments, as long as you had a two-three-year attitude to them.

Take a look at these six-months charts and note their similarity. 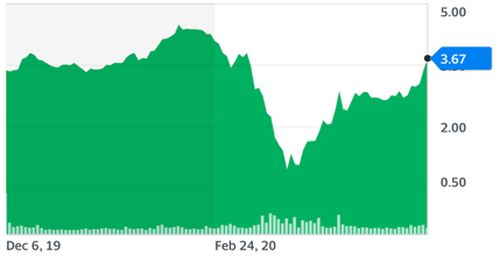 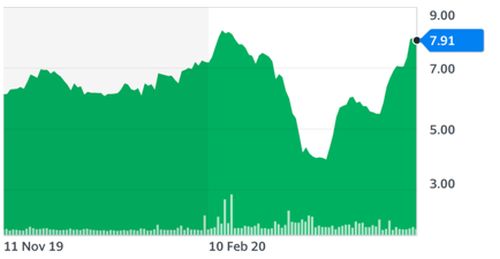 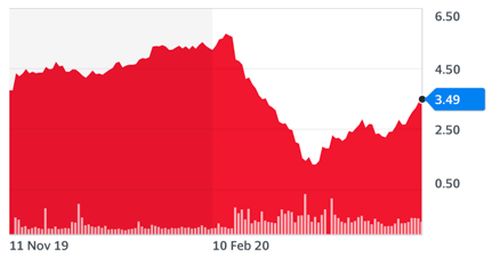 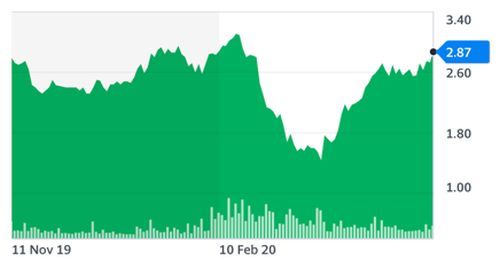 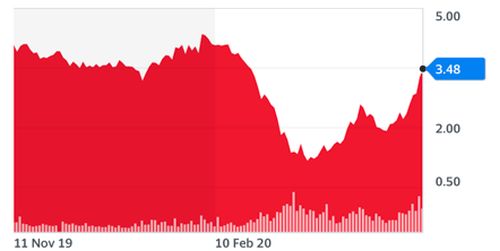 All five have a V-shaped recovery. Tyro, ELMO and McPherson’s are positive (green) for the six months but Zip Co and EML are far out of the green territory.